Gambling Laws in the UK

In 2005, the UK gambling laws were updated to protect people from gambling addiction, underage gambling, rogue gambling sites, and all the other ills of gambling.

The UK is very friendly toward gambling activities as long as they are licensed and regulated, free from crime, and are fair. The duty of the UK Gambling Commission is to issue licenses to gambling operators providing gambling services related to arcades, betting, casinos, bingo, lotteries, gambling machines, remote gambling, and so on. 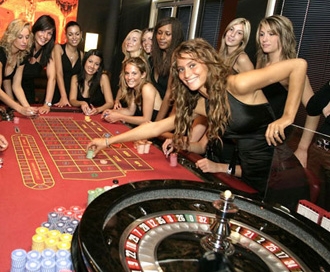 In 2005, the gambling laws were updated to facilitate the establishment of large casinos, similar to those found in Las Vegas.

Although in 2007, Manchester won the bid to be the first location for a huge casino, the large casino was not constructed because the House of Lords supported a plan to build several smaller casinos.

Sports betting laws in the UK were very strict in the past and have been relaxed only recently.

The largest lottery in the UK is the National Lottery, which the government of UK launched in the early nineties. In the seventies, the laws regarding lotteries were relaxed and a number of smaller lotteries were launched across the UK.

In 2005, the UK government passed an act that required online gaming sites to be licensed and regulated in order to provide and advertise their services on British soil. Even if these offshore gambling sites were not licensed by the UK Gambling Commission, British citizens were allowed to play legally as long as they were licensed by the Government of Gibraltar, the Lotteries and Gambling Commission of Malta, Barbuda, and Antigua.

The UK government is all set to change its gambling laws in a bid to protect its citizens from any future Black Fridays. It may be recalled that, on April 15, 2011, a Friday, the US federal government cracked down on three major poker sites including Full Tilt Poker, as a result of which US poker players lost their poker funds. The adverse effects of Black Friday were even experienced by UK players.

To protect British players from similar misfortunes in the future, the UK government is all set to tighten its licensing laws for offshore providers of gaming services online. These laws, which might be implemented in 2012, will require all offshore gambling sites to get a license from the UK Gambling Commission before they can provide gambling services to UK citizens.